For years my favorite conspiracy theory has surrounded the Skull & Bones Society. This society, which has been around since 1832, has had members ranging from presidents of the United States to Supreme Court justices and other heads of state. In order to become a member of the Skulls you must attend Yale, be noteworthy on campus, generally come from a powerful background, and be a junior. Furthermore, of Yale’s vast student body, only 15 people per year are selected to become a member of the society. If you cannot already tell, the society is incredibly selective and secretive. END_OF_DOCUMENT_TOKEN_TO_BE_REPLACED

I usually don’t think much of conspiracy theories or theorists. Conspiracy theories are attractive but like most things that are attractive, they are often dangerous. The internet has provided conspiracy theorists with multiple platforms for which they can shout their ideas at those who choose to believe whatever they’re saying. Just search on YouTube: “Conspiracy”, you’ll come up with thousands of hour long videos in which the truth is twisted, if not dismissed entirely. Even scarier are the comments sections of these videos. It’s these same people who think the X Files is a reality show. As The X Files says: “The Truth Is Out There”, “I Want To Believe”; it’s incredible how easily persuaded we are when our personal opinions or biases are somehow “proved”. A main point of conspiracy theories is instilling paranoia; there is someone, or something, out there that is not like you and I, which is threatening our very existence. Some conspiracy theories are cute and for the most part harmless like the 1969 Moon Landing conspiracy theory or Tupac still being alive and speaking through his posthumous albums, while some conspiracy theories are detrimental to society. Think back to Tarantino’s Django, the scene where Calvin Candy saws open a skull to reveal “scientific proof” that slaves should be slaves, or Germany in the 1930s, where the Nazi Party drew on Medieval “scientific proof” as justification at attempts to exterminate ethnic groups. Conspiracy theorists often point their finger at others who benefit from the conspiracy at hand, but it’s important to think about what the conspiracy theorist, his or herself, has to gain from their claims.

While interning at a talent management/film finance firm last summer, I stumbled across this documentary. In terms of conspiracies, this piece (which I unfortunately have yet to see) is fascinating. The Shining is one of my favorite movies and Kubrick is one of my favorite directors, so I got very excited when I saw there was a documentary being made about his classic horror piece. Only the poster was available initially, so it was difficult to know what the doc would examine exactly. Then, the reviews, pre and post Sundance Film Festival, revealed how the documentary would follow the many conspiracy theories and theorists that the original film created. Theories range from the film being a symbol of Native American genocide to being Kubrick’s confession of involvement in staging the moon landing. Many of these theories were spurred by Kubrick’s denial to ever comment on the film’s underlying meaning. 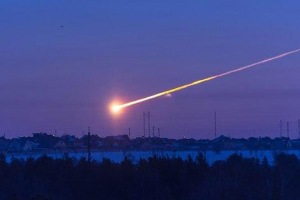 In the past couple of weeks, I have been entertained by the conspiracy theories that have arisen from the recent meteorite crash in Russia. Just in case someone hasn’t heard about the crash, here is a recap: On February 15th, a 10-ton meteor exploded in the sky as it pummeled through Earth’s atmosphere and eventually landed in Russia. The hundreds of reported injuries were mainly due to wounds from broken glass. Immediately following the incident, different theories began to pop up regarding the “true” meaning behind the crash. An imminent alien invasion was among the most popular of these theories.

I came across an interesting article that summed up the four best conspiracy theories about the Russian meteorite. Read about each of the following theories and then vote on which one you would most likely support if I forced you to pick one:

Now that you have heard the top contenders for the conspiracy theories surrounding the crash, let me know which theory you would most likely support, assuming that you need to pick one of them:

If you are curious to learn more about the Russian meteorite, here is an article that debunks most of the conspiracy theories that surround the crash. As an astronomy TA here at Bucknell, I find this sort of news interesting. You can probably tell by the tone of my writing that I find no authenticity in any of the theories but still am amused to read about the new angles that people come up with. Everyone loves a good conspiracy theory. Personally, my favorite is the alien attack one.

Conspiracy theories pervade today’s society. Every time a notable event occurs in society there is sure to be a conspiracy theory trailing right behind. These theories include everything from the US government destroying the World Trade Center themselves to the band members of Led Zeppelin selling their souls to the devil. For this week’s blog you get to choose one of the three prompts below:

1) Create your own conspiracy theory.  For example, perhaps you have a theory as to where the socks all go from the dryer, why sequels are usually so bad, why the banks were bailed out, or why the dinosaurs _really_went extinct.  Feel free to be as serious or light-hearted as you like.

2) Share one you find interesting with your views on its authenticity (or why it is so widespread).

3) Discuss conspiracy theories in general.  Why are they popular?  What makes for an effective conspiracy theory?  You should include in this topic some small amount of research into “why” they exist.

For inspiration take a look at Alex’s blog post from last week: KEN LAY IS ALIVE.

Contest- who can get the most views?

This week there will be a special award for whoever gets the most views.  A view is when someone clicks on to your actual post.  For example, if you click on our blog stats, you can see “top authors” and “top posts.”  The”top” there is measuring views.  As of today, the top posts of last seven days are (minus the “home” page):

Your goal is to be in the #1 slot for this week.

Reward: one week off of blogging or +2 points on your final grade, whichever you prefer (they are roughly equivalent.)

Tips: promote your post on all social media, by email, use tags, use the “zemanta” extra content to link to other posts.

Hot Off the Press!