This story should never have reached the light of day if they took the time to approve its validity and now, there are people out there who actually believe what Mike Daisy claims. I believe Mike Daisy was also lying when he said the main reason for his performance was to make people care about what was happening in China. Listening to the way he answered questions about why he lied shows that he never thought he was going to get caught. His intentions, he claimed, was to open up to the world about the lives of China’s factories workers, but you do them and yourself no good when you make false claims to raise awareness.

In Mike Daisy’s monologue he discusses all the horrible things he “heard” about dealing with labor conditions, but never mentioned the fact the Apple or Foxconn are doing things to improve them. Mike Daisy is a fraud in my eye and should never be credible or taken seriously ever again. I’m very disappointed in This American Life for releasing this story before finding out whether it was the truth or not. I believe the image of Mike Daisy has gone down and he deserves it. You can’t make things up and expect to get away with it. In the end, everyone gets caught. 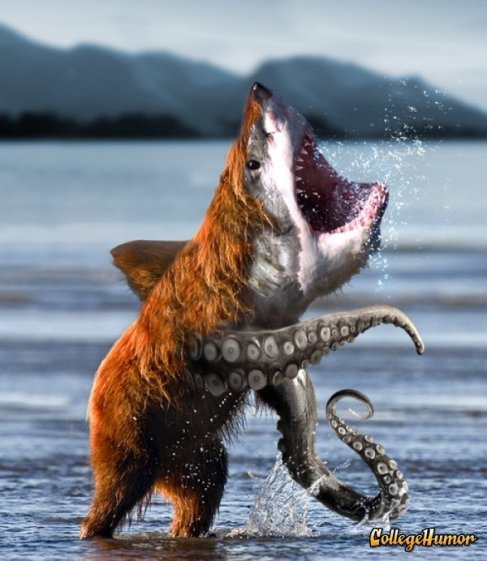 Can you tell if what I’m about to write right now is the truth?  Can you tell if everything I say is a lie?  Am I writing this post because I am actually interested in the subject matter or am I just writing because I will get a bad grade if I don’t?  To be honest, you’ll probably never know.  Why don’t you decide?  You pick what you want to believe in this post.  Call Ripley’s, if you want.

Generally, the truth is considered as something that aligns with the facts and a lie is something that intentionally deviates away from the facts.  How can two words that seem to have such simple, clear cut definitions create so much questioning in today’s world?  When you add in ethics, morals, values, etc. it becomes clear pretty quickly that these words go from a simple algebraic equation to a mathematical phenomenon that can’t be explained by anyone short of Einstein.  In my opinion it really all depends on what you hold true to yourself.  You are the judge, not only of others but of yourself with the same exact standards.  So, is it a lie if your closest girl friend asks if she’s pretty and you say “yes?”  If your mom asks if you’re going to a party and you say “yes” should you have told her that you are planning on getting wasted with your friends.  Sometimes, the truth is just choosing not tell all the facts unless asked directly.  There really is no easy way to say how much information can be considered the truth so that is a line that you need to establish yourself.

All this being said, here’s how it is for me.  Mike Daisey is not an unethical liar.  Mike Daisey is simply a man with a purpose and a set of beliefs and values that he is trying show the world and I fully respect that.  (Am I really telling the truth right now?….You decide).  Honestly, what’s the big deal if he lied a little bit or exaggerated the truth?  Sure, he lied about the guards, the number of underage people working in a factory, the number workers he met associated with the illegal union, number of factories visited, and about the old man whose hands were shaking from the screen cleaning fluid.  Sometimes, you have to stretch the truth a little bit or fudge the numbers in order to get people to recognize the problem at hand.  I really don’t care if he said the numbers were higher than they actually were because they still hold true at a core level even if he only visited 5 factories instead of 10 or whatever the scenario may be.  He got his point across and he never would have gotten people to listen without doing so.  Storytelling is about personal experience a lot of the time and there is no way to accurately describe what he felt when conducting these factory visits.  I for one can guarantee you that I would side with Daisey if I visited these same factories.  I can almost guarantee I would have been appalled at the factory conditions but I cannot say for sure until I visit them.  I’m hoping for a field trip in the near future.  Am I kidding or being serious?  I know, you don’t.  You define what art, journalism, and truth are.  You hold the power.

The “Retraction” episode is not something that I really enjoyed listening too.  I suppose it was helpful to iron out the knitty gritty truth but not at all necessary.  When the host was putting Mike Daisey on the spot it was almost uncomfortable to listen too.  Mike Daisey is a writer and actor, not a journalist.  Sometimes his job is to exaggerate the truth in order for people to see the deeper meaning.  Kathy, really hit the nail on the head when she said that he is not a journalist and is therefore not obligated to tell the truth.  The “Retraction” reminded me of a presidential debate.  The candidate was essentially asked a question to which he beats around the exact truth and facts of the answer in order to generate a bigger meaning.

Finally, my opinion about the truth is completely skewed due to the information I have access too.  I can check live scores, while reading my email, listening to music and doing my homework all at the same time.  Technology has taken over the world of fact in fiction and there is no way to read every piece of information and sort it out.  Therefore, you have to be the judge of what you believe to be true.  It’s like that commercial where a girl is talking to her friend about meeting her blind date who is supposedly a French model.  The friend spews out some fact and the girl says ‘where did you hear that?’ and he responds the, ‘the internet.”  She asks if it’s really true and he says, ‘yea, everything on the internet is true.’  She comes back with, ‘where did you read that?’ and they both respond ‘the internet’ simultaneously.  Therefore, the power is in your hands, you choose to believe what you want based off of your standards and values.

My reaction is shaped by the extent of my knowledge. For example, last week, most of my knowledge about Apple manufacturing operations came from Mike Daisey’s monologue. I accepted the story as truth and then proceeded to form an opinion. Now, my knowledge of these operations has expanded after listening to Retraction. I can now form another opinion. Personally, however, knowing the truth about Daisey’s lies and exaggerations does not change anything for me. It doesn’t really matter that his account of the facts wasn’t always first hand, or that he visited 3 factories instead of 10, or whether or not the guards were carrying guns. Those details are not important. I am mainly concerned with the story. His story, in particular, had an emotional impact on his listeners and on me.

The main issue to discuss now is the troubling question: when is it okay to lie? When is it okay to fudge the truth a little to get your point across? I believe that intentions often determine how acceptable a lie is. Mike Daisey was ticked off that people were starting to forget what was going on in the factories in China because the media craze from all the suicides had started to fade. He started his research with the good intentions of just trying to make people care. He succeeded in this endeavor. Also, everything in his monologue was built on the truth, with truthful foundations and intentions. To express this truth into a better story, he had to sequence some things differently. Why should it be so bad that we heard them a little out of order? Daisey felt conflicted. He really wanted to get his story out there and needed to tell it, but went about it in the wrong way. He regrets presenting the piece as journalism because it cannot hold up to those standards. In those regards, he made a mistake.

Mike Daisey’s monologue should be presented as a piece for theater. The interviewer, Ira, says that even as being labeled “theater”, Daisy should still express that his monologue is fiction. This is where I disagree. His story is mostly true and the effect from hearing the story is so much greater when we believe in its credibility. The exaggerations and partial fabrications were used to bring awareness to these issues. They aided him in accomplishing his goal of making people care.

Hot Off the Press!